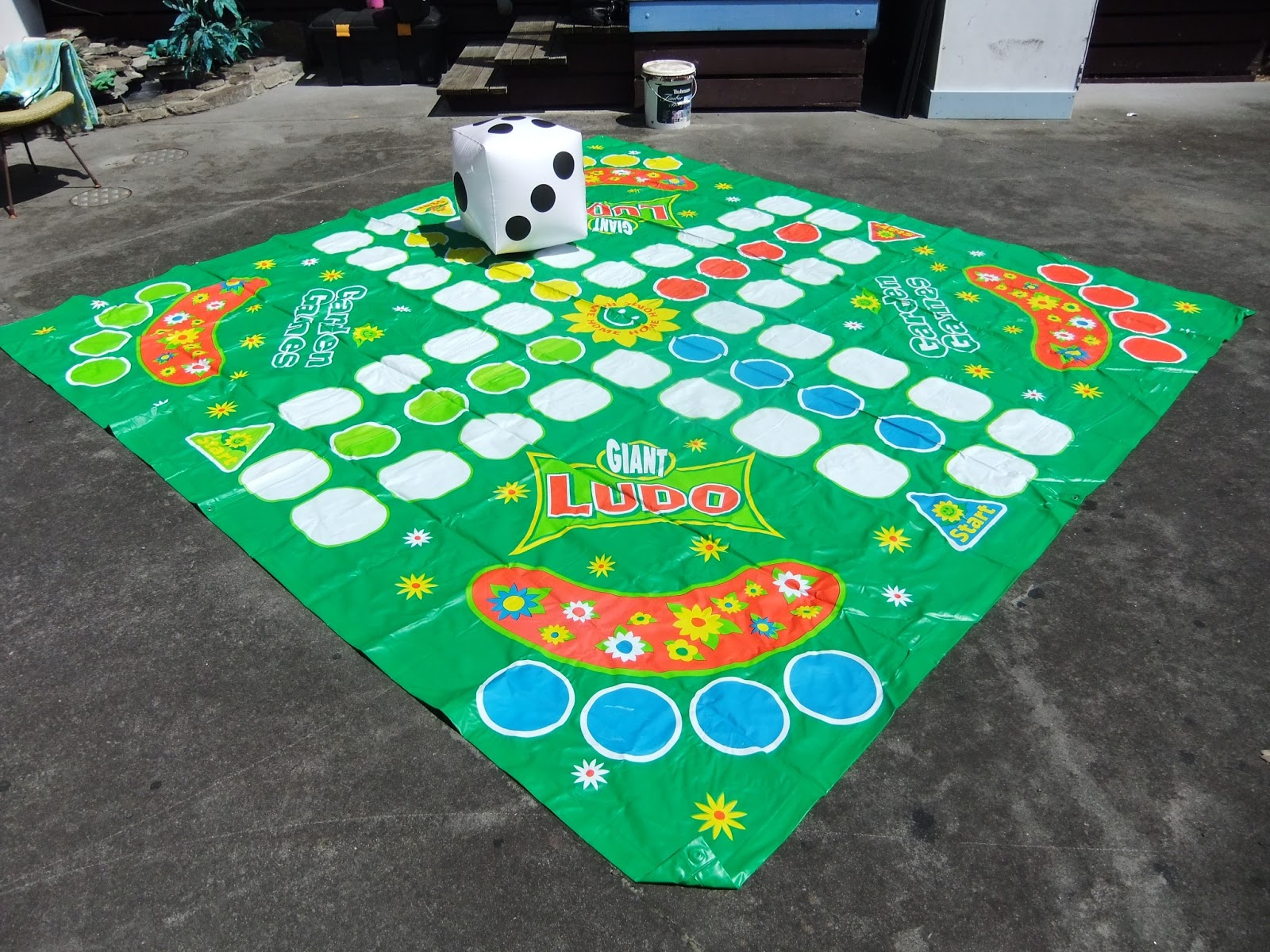 Giant Ludo is great fun for all ages. It can be played in teams or as individuals using the giant foam playing counters. Form a block for other players by landing two members of your team on the same space. Send your opponents back to base by landing on the same space as them. Giant Ludo is a tactical game full of rivalry to get temperatures rising and is an ideal indoor or outdoor game.
CONTAINS:
Giant plastic playing mat 3m x 3m
8 Corner pegs
2 Giant inflatable dice
16 Giant foam playing counters 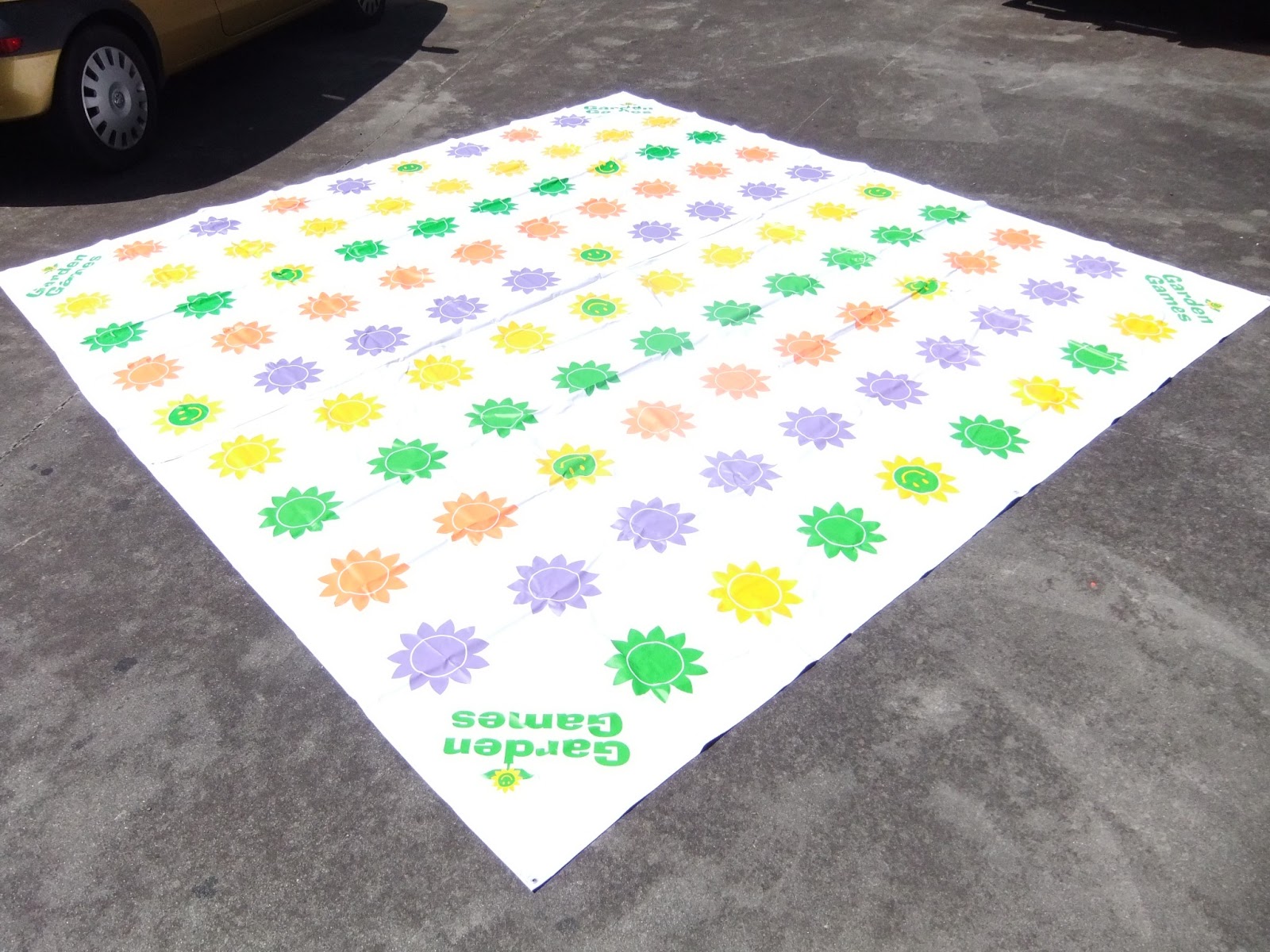 This giant party game is for 2+ players. Throw the two giant inflatable dice to find out which part of your body you have to place on which colour flower."Get Knotted" up with other players to make the game more difficult for them. But beware, fall over and you're out of the game.
CONTAINS:
Plastic playmate 3m x 3m
Pegs to secure mat to lawn when outdoors
2 Giant inflatable dices 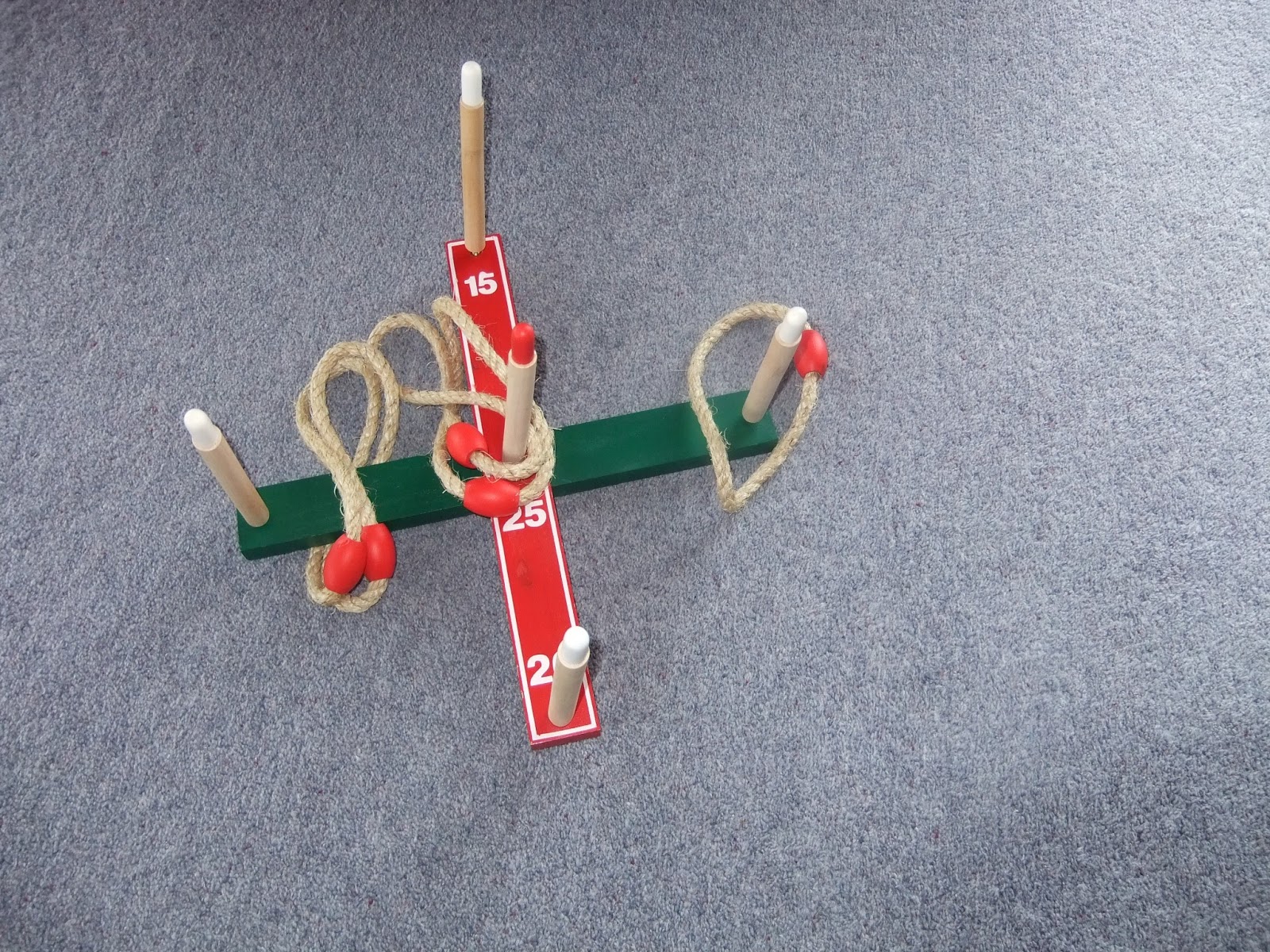 A game where both the young and old can compete on an equal terms! All that is needed is a good eye and steady arm. Toss the rings over the pegs to win points. The first player to reach 500 is the winner!! Ideal for the beach and parks.
CONTAINS:
5 Rope circles
1 Pine wooden cross
Black PVC bag for easy storage 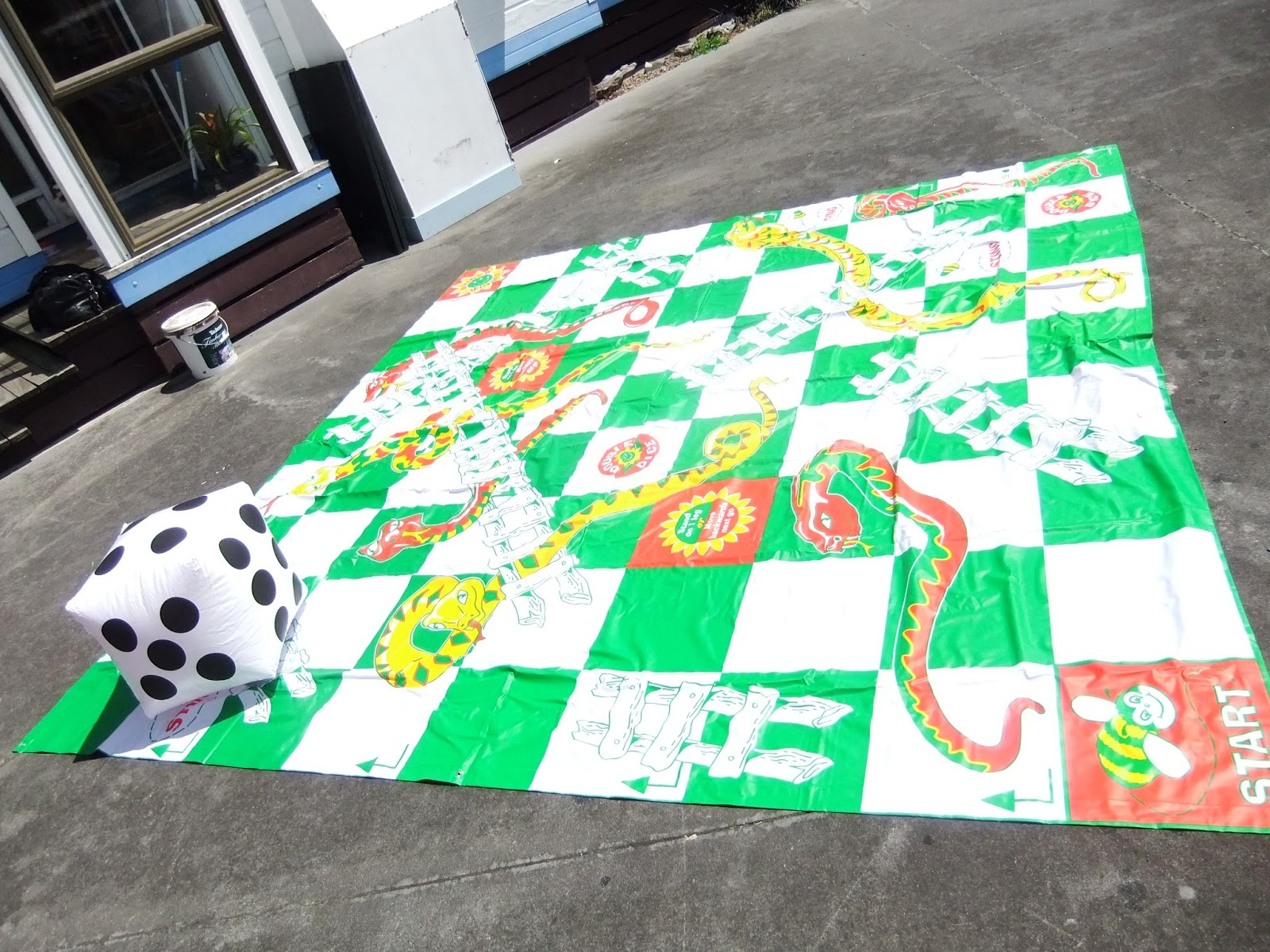 A giant version of the well-known family game, Snakes and Ladders. Players physically move around the board when the huge inflatable dice is thrown. The winner is the first to move from one corner to the opposite. A few twists on the original rules result in even more fun and laughter! This game can be played both indoors and outdoors. Just remember if you land on a sting you have to go back to start.
CONTAINS:
Giant plastic playing mat 3m x 3m
8 Corner pegs
1 Inflatable dice 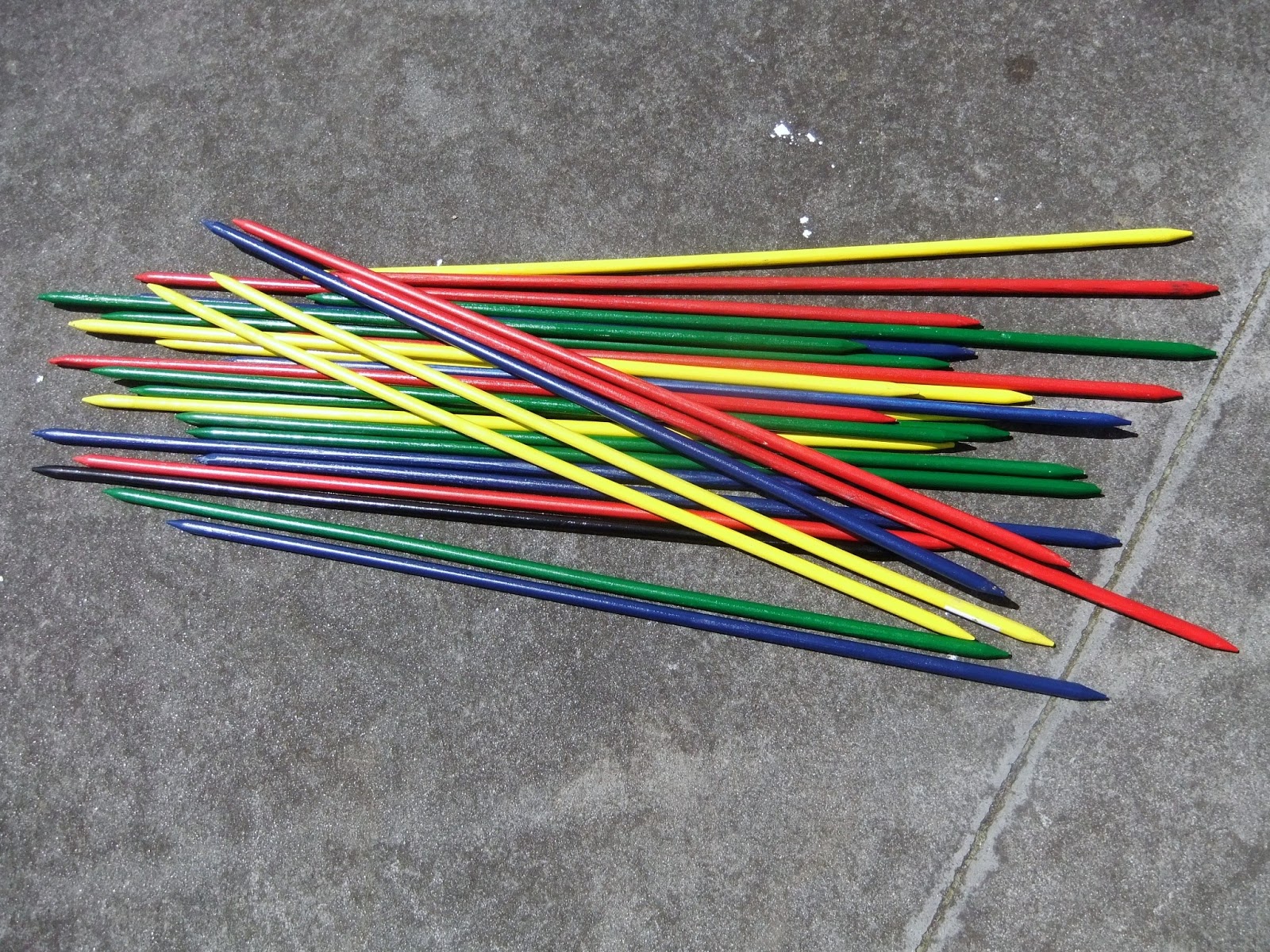 A Super Giant version of the old Pick Up Sticks game. You need the steadiest of hands to succeed in this game of daring tension. Try to remove each stick in turn without moving any of the others.


TERMS & CONDITIONS For Hiring Giant Games
Payment – Payment must be made on pick up of games
Cancellations – Bookings may be cancelled up to 2 working days before collection. For bookings cancelled less than 2 days a 50% of the original hire charge applies.Damage to Goods – Request that when setting up games make sure they are set up in a safe place NOT on gravel or any sharp surfaces where damage can occur.Games should be returned in the same state as were hired out. A charge will otherwise apply.
Returns – Games are to be returned on date agreed or an additional charge of per game per night will apply.
Liability – All games supplied by Donna’s Dressups should be used as per instructions with care and responsibilty.Children to be supervised at all times by a responsible adult.
Donna’s Dressups does not take any responsibility for damage or accident occurring while using any of it’s games.

Email ThisBlogThis!Share to TwitterShare to FacebookShare to Pinterest
Home